Some Missionaries in the Bible to Emulate

When we first think of missionaries we often think of people working in remote jungles trying to learn a tribal language and communicate the good news of the Gospel. There is certainly a need for that still today. Yet, missionaries take many forms, locations, and job descriptions. Many missionaries live in air conditioned houses, drive nice cars, and live in well-developed urban environments.

As we look at some missionaries in the Bible I would like you to broaden your idea of what a missionary is and see some of these people in a different light. Of course we would all agree that Paul the Apostle was a missionary, but what about John the Baptist? Or Esther? Let’s look at how these people carried the message of God which made a spiritual impact in their lives and in the lives of others.

An unnamed girl from Jerusalem was captured as a slave and taken to Syria. Away from her home and family, she served as a foreign missionary in the house of Naaman, the captain of the armies of Syria. Though Naaman was a mighty man of war, he was afflicted with leprosy.

This little servant girl had good news to share. She knew of a man in her home country named Elisha, a prophet of God. She knew that Elisha had the power of God on his life and that if Naaman would visit the prophet, then he could be healed. This little missionary girl directed her master to someone who could more powerfully show God’s might and message. Even though she was in a foreign land against her will she loved the people enough to share God’s good news. She had such a testimony among the people with whom she worked that they acted upon the information she gave and never questioned her motives.

King Ahasuerus chose Esther to be his new queen. The king did not know that Esther was a Jew from the family of Mordecai when he agreed to a decree that would put all Jews in danger. She informed the king in a wise way about the plot to exterminate her people. Esther believed in her message. Her life, as well as the life of her family, depended on her delivering that important message even at the risk of execution.

May we be as wise and as passionate as Esther when delivering the good news of Jesus Christ to those around us.

Daniel was one of a group of children taken from their homes in Jerusalem when King Nebuchadnezzar and the Babylonians invaded. These children were taken because they seemed to be bright, well mannered, well educated, and wise (Daniel 1:4). Daniel grew up in this foreign land holding onto the truths that he was taught as a young boy in Jerusalem.

Even as a young man Daniel took a stand for what he believed was right when he refused to eat food that was not permitted by the law of God (Daniel 1:5-16). Daniel grew in wisdom as demonstrated throughout the book of Daniel. He also gained great favor with the leadership of his adopted country. Through changes of leadership, Daniel was consistently chosen as a wise leader and was depended upon to give direction to the country.

When Daniel was an old man he became friends with King Darius. But not everyone loved Daniel. Some men wanted his position. They convinced the king to sign a law that they knew would trap Daniel. The law stated that no man could pray to, or ask help from any king or deity for 30 days. For boldly praying to God, Daniel was cast into a pit of lions. King Darius declared Daniel’s God to be the true God when Daniel emerged safely from the den of lions.

Daniel consistently showed the people who surrounded him that there was only one true God.

Three of Daniel’s friends were taken from Jerusalem along with him. Their names were Hananiah, Mishael, and Azariah. They are better known as Shadrach, Meshach and Abednego. Throughout their younger years they interacted quite a bit with Daniel. When Daniel rose through the ranks of power he always asked that Shadrach, Meshach, and Abednego be given positions of authority too.

When the three young men refused to worship the evil king’s idol they were thrown into the fiery furnace.

King Nebuchadnezzar built an idol and demanded that everyone worship his creation. These three young men refused to worship the idol. They were thrown into a fiery furnace for their refusal. But when they came out of the furnace unharmed, the king declared that they should be allowed to worship their God in any way they pleased. No one should put limitations on these three young men (Daniel 3:28). They were granted the positions of authority that Daniel had requested for them.

When I was thinking about John the Baptist being a missionary, here are the characteristics that stood out to me:

All good characteristics for a missionary.

Philip is known for carrying the Gospel to the marginalized Samaritans. He preached in the city of Samaria to large crowds. But the Holy Spirit led him out into the wilderness to preach to a single person an Ethiopian eunuch. This man was reading the book of Isaiah as he traveled, but he did not understand what he was reading. Philip showed him from the Scriptures how he could be saved.

After leading the Ethiopian to the Lord and baptizing him, Philip continued on his trip to the coast and eventually to the city of Caesarea. He stayed in Caesarea and established a church there.

Of course we think of Paul as the greatest missionary in the Bible. He traveled much of the known world helping to establish churches. He and Barnabas were sent from the church in Antioch (north of Israel) as missionaries. Their first journey took them to the island of Crete and then into present day Turkey.

During Paul’s second missionary journey Barnabas did not join Paul. They had a disagreement and split into two strong missionary teams instead of one single team. Paul traveled with Silas on his second trip. Again they went to Asia Minor (Turkey) and over into eastern Europe.

The third missionary journey of Paul was spent in western Turkey and Greece (eastern Europe).

Barnabas is seen several times in the book of Acts. He is first introduced as Joseph from Cyprus (Acts 4:36), but was better known as Barnabas. This was a nickname which meant “son of encouragement.” This nickname is appropriate in the way we see Barnabas work in Acts. When we first see him, he is selling his property and donating it to the church. The young church praised him greatly for his actions in sharp contrast to Ananias and Sapphira who were killed for theirs in the next chapter.

Barnabas defended Paul when he was first brought to the church at Jerusalem (Acts 9:26-30). Barnabas helped Paul get his start in his missionary career (Acts 13:1-13). In the early days of their work together Barnabas was always mentioned first when talking about the team: Barnabas and Saul now Paul. Later Barnabas allowed Paul to take the lead in the team and we see the language change to Paul and Barnabas. Only when they come back to Jerusalem where Barnabas was well respected in the church do we see him take the lead in the team again. It is interesting to notice in each situation where the two names are mentioned and which one is first.

Later Paul and Barnabas split ways (Acts 15). Many people see this split as one of the men being wrong in their actions or character. However, I think God used a difference of opinion on a matter that was neither right nor wrong, to cause these men to double their efforts by having two teams out in the world preaching as missionaries. Barnabas took John Mark with him and they began their missionary travels in Cyprus.

Paul met this couple in Corinth when he traveled there to preach in the synagogue. They learned much from him to the point of becoming missionaries themselves. They traveled with Paul to Ephesus and stayed there to help establish the church. Apollos, a man who taught what he knew of the Word of God, came to Ephesus to preach. Aquila and Priscilla took the time to teach him even more from the things they had learned from Paul.

This was a couple who became known for teaching the Bible. They did not insist on following Paul for the thrill of travel. They saw a need for Bible teachers and they filled the need as God gave them opportunity.

The man that Aquila and Priscilla helped to learn the Scriptures more fully was named Apollos. He was a man who knew how to speak well and explain the Word of God clearly. After leaving Ephesus in Turkey and moving to Greece this man was used to convince the Jews in Greece that Jesus was the Christ.

Other Missionaries in the Bible

Of course there are many other men and women who could be considered missionaries in the Bible. Not the least of which is Jesus Christ. He left His home in Heaven to travel to a foreign land (Earth). He carried the good news of God’s love through His own life. 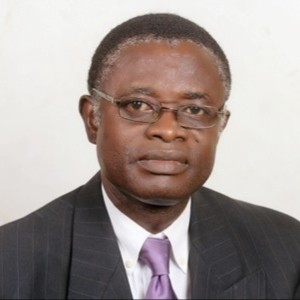